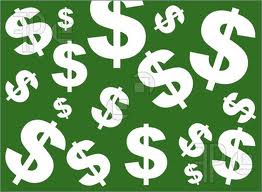 The Mahogany Coconut Group submits that the real vote buying is in the upper echelons of our society. What we witnessed on Election Day was some voters getting   cash, cell phones, IPods and a bill paid here and there. The real votes were bought by those shadows- black and white, - who Dr. Don Blackman referred to a few decades ago! Of course Dr. Blackman talked only about white shadows but the corporate landscape has dramatically changed over the years – we now have shadows of all colors and ethnicities.
While we shout from the roof tops about what took place on elections day, we bury our heads in the proverbial sand, by refusing to ask one simple question: How did the two political parties, both claiming to be rather financially impoverished, raise a conservative estimate of over twenty million dollars to pour into a three week campaign? We ask Dale Marshall (BLP) to tell us about the successful “cake sales and car washes” that raised their money. We ask Ronald Jones (DLP) to tell us more about the “$500 here and there” that was given to his party by well wishers. Let’s face it; elections are now big business and the corporate shadows are well entrenched in both the Barbados Labour Party and the Democratic Labour Party.
Anybody who believes that car washes, cake sales and a five hundred dollar donation here and there, can raise this large amount of money, needs to seriously wake up from his/her  slumber!
The truth is that deals are common place in our politics and state agencies are used to distribute largesse. There is a sophisticated corruption sanctioned by both parties. We hear about consultants and contractors being given work for which they are unqualified. We should pause and thank the majority of our civil servants who are honest, hardworking and not corrupt, like some found in other countries. We maintain that our civil servants are berated for cheap political gain, but they are the ones, who have kept this nation afloat.  We elect incompetent politicians who simply cannot get the management of our island state right. Many upright civil servants have been denied promotion and overlooked for professional growth because they did not allow the BLP/DLP politicians and operatives to dictate how they functioned. Just imagine   civil servants of many years standing having party hacks, paraded as consultants, telling them what to do and being paid higher salaries.
We can state emphatically that the desire to control, and in some cases corrupt civil servants is rampant throughout all the ministries and statutory boards. What we witnessed on Election Day is a deepening of this process as it encompasses all areas of national life. We either root it out now or face the dire social and economic costs later. However to only concentrate on corruption every five years, during elections, is to make a mockery of the fight against the negative trends. Rest assured that many of those who got a handshake or a gift last Thursday may never encounter their so-called representatives until 2018.In the meantime, those who invested millions will be well looked after away from the cameras.
While we oppose the buying and selling of votes, we are not going to renege on our duty as a viable watchdog group to expose corruption at all levels. While our sources reveal that the giving of considerable sums of money and other gifts were widespread on Election Day, we are aware that this trend has been a regular feature of our elections for decades. What we resent most of all, are the attempts to always identify the corruption when it is connected to the lower echelons of the society. We therefore submit there is need for tougher election laws and at least partial financing of campaigns by the state. The buying and selling of votes and political favors are at ALL levels of our society. We call for progressive campaign finance laws. In the mean time let us look at political corruption at all levels of our society. We also call on all citizens to abandon this habit of selling or buying votes. The vote is an expression of political freedom and participation in national politics and development and should be treated as such.  We call on both the BLP and DLP to stop this practice immediately. We therefore condemn those speaking on behalf of both parties as first class hypocrites since, like in many other matters, neither the Barbados Labour Party nor the Democratic Labour Party has any moral high ground on this issue.

Popular posts from this blog 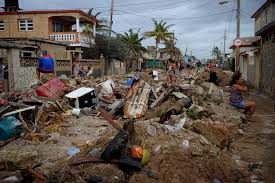 One Caribbean Nation. Virgin Islands Barbuda Dominica We have often noted that we are not in the: “We told you so business”. The reason being that we take no delight, when we predict that some negative features of the region, will eventually lead to serious socio-economic retardation. The enormous damage done to some islands   by the deadly hurricanes that now dominate regional news and discussion, has brought us to a sense of reality, that only the most obstinate among us, would seek to ignore. We are hoping, some would say against hope itself, that the loud shouts for regional cooperation in the areas of disaster preparedness, are not silenced as the tumult  we now endure, fades. We have warned that crime and a deteriorating environment, if allowed to continue, would be the ultimate undoing of the region. These positions were taken long before the destruction, that the hurricane season has dumped upon us. It is believed that many of the gains made in the last three decades, will be
Read more 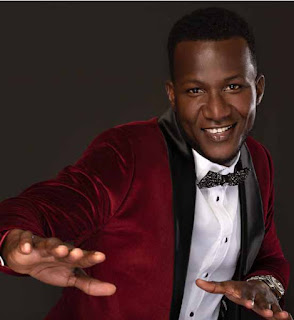 One Caribbean Nation. Darren Sammy Sammy’s scent FORMER WI CAPTAIN INKS PERFUME DEAL WITH ASGHARALI Former captain of the West Indies Cricket team Darren Sammy and the first and only captain in history to win the T20 World Cup championship twice has signed a new licensing agreement with Asgharali, a family-owned business based in Bahrain creating high-quality fragrances since 1919. Asgharali has won the hearts of consumers worldwide and laid its footprint in the perfumery market and related business interests with over 100 retail and franchise outlets and stores in the Middle East and South Asia and over 40 distributors worldwide in regions from Eastern Europe to South America. The new signature perfume under the Daren Sammy trademark will include a signature fragrance for men and women. According to Sammy “I am super excited to partner with Asgharali to create this amazing fragrance. I’ve always enjoyed connecting with people through my playing and in the stadiums. “It is my goal to
Read more